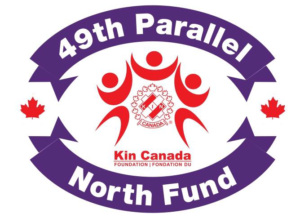 Kin Canada has a long history and connection with the Canadian military and first responders. Founder Hal Rogers was a member of the Argyll and Sutherland Highlanders Brigade. Kin Canada supported our troops serving in Afghanistan with the Dave Sopha mural ‘Portraits of Honour’ National Tour in 2011.

The tragic and senseless deaths of Cpl. Nathan Cirillo and Warrant Officer Patrice Vincent on October 22, 2014 were the inspiration behind the creation of the 49th Parallel North Fund to recognize and honour our military and first responders, and to provide assistance to those they left behind.

Objectives of the Fund

* The awards to be presented will follow the current HRF application guidelines.

* Monetary Assistance will be through a Foundation Committee selection process. 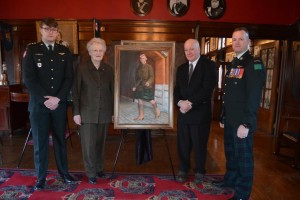 With the support of Kin Canada clubs and the Canadian public in this initiative, we can recognize Canadian Fallen First Responders and their families. Help us raise the necessary funds to provide the support, pride and solidarity that will honour Our Fallen…….. We will never forget.

Click on the areas below to see a complete list of 49th Parallel North – Hal Rogers Fellow recipients.

For more information about a few recipients, click on the underlined names.